Chicken and Dumplings is a classic comfort food in my world. I remember a time when I was little that I did not like them at all, I think I had a problem with soups in general, but now I don’t want to go without them in winter. My mom still makes the best pot out there but I have finally gotten my process down to where it is almost the same. The first winter we were married I tried to make my first pot all on my own. I followed Mom’s directions but they turned out runny and not enough dumplings. Hubby was a trooper though and ate them with a smile, he’s so sweet. I have made many batches since and they each got better, the last two though have been my best yet. 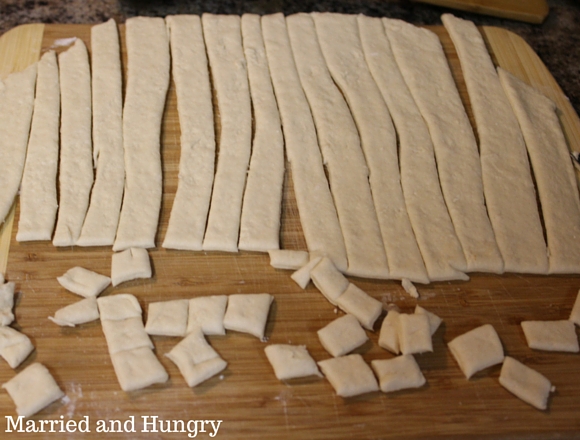 Mom always uses Bisquick to make her dumplings so that’s what I did. They are so simple and delicious I wouldn’t do them another way. The recipe used to be on the box but now it is gone and I had to turn to Google to find it again. All you need is Bisquick and milk or water. Mix it together, roll it out nice and thin, and cut into little pieces. 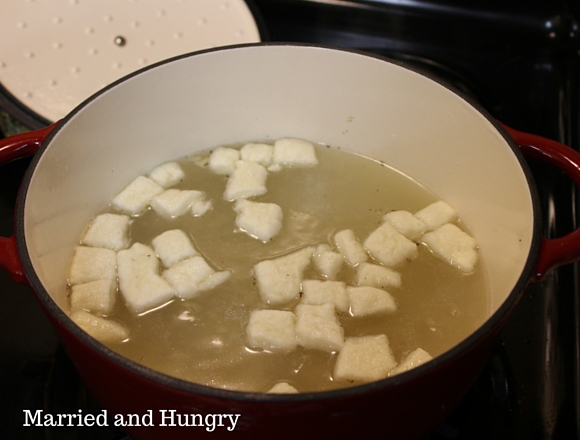 Rolling the dough out instead of dropping pieces in makes the dumplings more noodle like. As you drop them into the stock they get puffy at first, it will look like you have too many. Don’t stop putting the dumplings in! They shrink as they simmer and you will want all the ones you cut. 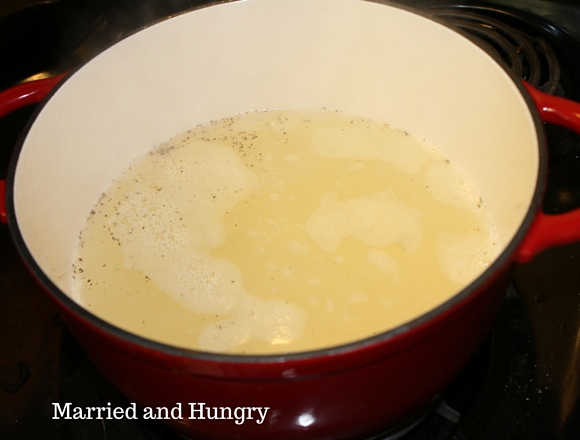 I use homemade chicken stock. Simmer bones in water for a few hours, adding seasoning, carrots and onions to give it some more flavor. I like to use roasted chicken thigh bones in mine. Store bought is just fine, though. 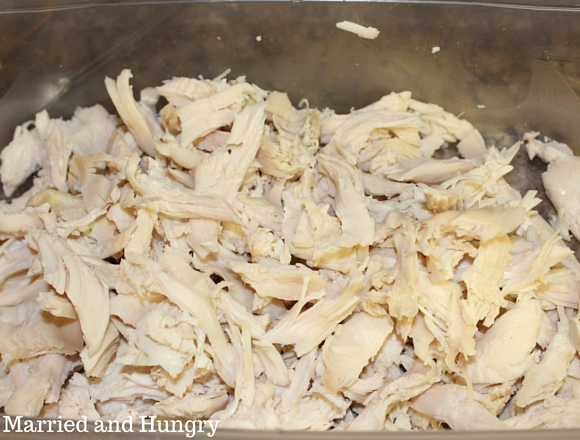 Breast meat is my favorite to use because it is easy to shred. Dark meat is, of course, delicious but doesn’t shred easily, requiring more prep work. If I have roasted a chicken, turkey, or bought a rotisserie bird I pull off all the little bits of leftover meat from the bones to get more meat. 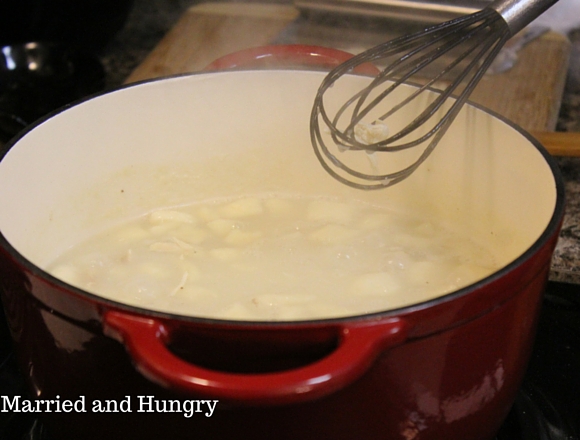 The Bisquick will help the stock thicken, if it does not get thick enough after simmering for about 30 or so minutes don’t worry I have a trick for you.  Take a couple teaspoons of broth and put in a small bowl, add 1 teaspoon of corn starch and stir together. You want it to be somewhat pasty, but not clumpy. Get a whisk out and as you pour your mixture in, whisk like crazy to get it combined. Let it cook a little longer and it should thicken right up. If you want it more creamy repeat the process. 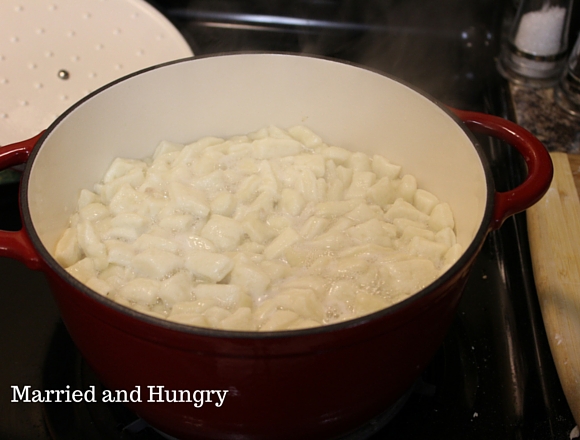